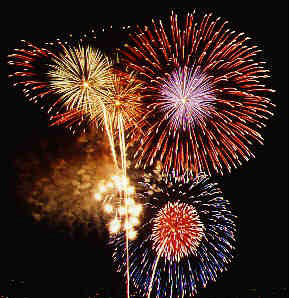 By Marc Mortensen
In late December 1999 people throughout Southern Utah and around the world were talking about “Y2K” and fears were mounting about the “Y2K Bug.” On December 31st, 1999 as cities in the far-east began to ring in the New Year with celebration instead of colossal computer crashes, anxiety was replaced by jubilation here at home and nearly 20,000 Southern Utah residents and visitors converged on Historic Main Street for the inaugural First Night 2000 St. George. Since that time, hundreds of families and individuals have adopted the New Year’s Eve downtown celebration of the visual and performing arts as their own holiday tradition.
For 11 years First Night St. George offered local talent an opportunity to perform for the home crowd in a variety of venues in downtown St. George. Both indoor and outdoor venues set the stage for everything from the Rock Docs to Max the Magician to Dance, Dance Revolution to entertain thousands of First Night patrons. Additionally, the fi reworks display atop the Red Hill at the end of the evening has always rounded out the evening of revelry. That being said, the event has evolved from year to year and moved almost exclusively to the Town Square upon its completion in 2007. Well, the tradition lives on as we prepare to celebrate the beginning of a new decade in 2011 with one small exception, the name.
Yes, that’s right; you’ve probably already noticed the new name. You may be wondering why it changed. Some cities that once belonged to the First Night International organization have decided to modify their events somewhat to fi t the community they serve. A good example of this is Salt Lake City making the switch last year from First Night to the new “Eve” celebration. In our case, we felt that the move would give us greater fl exibility in the future as the event continues to evolve while still maintaining the same alcohol-free, family friendly environment we have provided at First Night.
So, how did we come up with the name? Let’s just say, it has nothing to do with vampires although I’m sure we’ll inevitably see a few at the event this year. While brainstorming the name change the suggestion was made to call the event “Last Night.” While it did make perfect sense, we felt that it was a little too obvious and too closely tied to “First Night.” The word “twilight” became a topic of discussion because of its meaning. After some discussion the phrase “Twilight to Midnight” became the preferred name because of its symbolism and literal description. Yes, the event begins at twilight and ends at Midnight!
Twilight to Midnight St. George 2011 will be held on Friday, December 31 at the St. George Town Square as well as the Pioneer Center for the Arts and Dixie Sunbowl. The event will feature a number of returning performances and activities like the Intermountain swing dance, Rock Band video game competition, Max the Magician, childrens and fi nale fi reworks displays, and high energy performances on the main stage. New to the event this year will be Kerry Sharp the Clean Hypnotist, paper airplane toss U.S. record attempt, outdoor family dance, Zumba, We’ve Got Game Show, and announcement of SGU inaugural flight giveaway winners!
We hope you and your family will join us as we ring in a new decade in Southern Utah at the biggest party of the year, Twilight to Midnight St. George 2011!