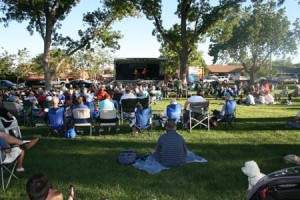 Concert In the Park Series

On September 12th, the group Fourte  will be performing their ispirational music at a FREE public performance at 7:30pm at the Vernon Worthen Park at 300 S 400 E, in St. George.  The park is only 3 blocks away from the Best Western Coral Hills.
The Best Western Coral Hills is a proud sponsor of the 2011 St. George Concert in the Park Series.  All concerts are open to the public and free of charge.  Hosted every second Monday from April through September and start at 7:30pm